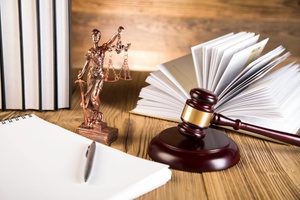 Real estate investment trusts (“REITs”) allow individuals to invest in large-scale, income-producing real estate. A REIT is a company that owns and typically operates income-producing real estate or related assets. These may include office buildings, shopping malls, apartments, hotels, resorts, self-storage facilities, warehouses, and mortgages or loans. Unlike other real estate companies, a REIT does not develop real estate properties to resell them. Instead, a REIT buys and develops properties primarily to operate them as part of its own investment portfolio.

Why would somebody invest in REITs?

What types of REITs are there?

What are the benefits and risks of REITs?

REITs offer a way to include real estate in one’s investment portfolio. Additionally, some REITs may offer higher dividend yields than some other investments.

But there are some risks, especially with non-exchange traded REITs. Because they do not trade on a stock exchange, non-traded REITs involve special risks:

How to buy and sell REITs

Most REITS pay out at least 100 percent of their taxable income to their shareholders. The shareholders of a REIT are responsible for paying taxes on the dividends and any capital gains they receive in connection with their investment in the REIT. Dividends paid by REITs generally are treated as ordinary income and are not entitled to the reduced tax rates on other types of corporate dividends. Consider consulting your tax adviser before investing in REITs.

Be wary of any person who attempts to sell REITs that are not registered with the SEC.

You can verify the registration of both publicly traded and non-traded REITs through the SEC’s EDGAR system. You can also use EDGAR to review a REIT’s annual and quarterly reports as well as any offering prospectus. For more on how to use EDGAR, please visit Research Public Companies.

You should also check out the broker or investment adviser who recommends purchasing a REIT. To learn how to do so, please visit Working with Brokers and Investment Advisers.